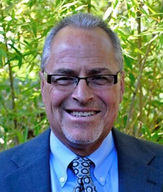 As the managing partner of Leonard & Lyde, Mr. Lyde has 27 years of experience in civil litigation including extensive trial work, representation of physician clients in administrative hearings before the California Medical Board, Social Security Administration and hospital peer review committees. Additionally, for the past nine years, he has served as an Administrative Hearing Officer for Butte County, as well as the City of Chico.

Mr. Lyde has tried 29 jury trials. Of these, 26 have been jury trials in medical professional liability cases, with 20 defense verdicts.

Mr. Lyde coordinates and presents educational seminars and panel discussions in relevant topics related to medical professional liability litigation in his capacity as the co-chair of the Medical Malpractice Sub-Law committee of the Association of Defense Counsel of Northern California (ADCNC). Recent topics have included:

Mr. Lyde also lectures by invitation, to various medical groups, hospitals and organizations on topics relevant to medical professional liability and jurisprudence, including:

Mr. Lyde enjoys a diverse array of interests. While most of his free time is spent with his wife Carla cycling or manicuring his small vineyard, he also enjoys swimming, diving, archery and fencing. During the winter months one can often find Mr. Lyde in Tahoe, as he is an avid skier. Mr. Lyde is also an art and literature enthusiast, his favorite subjects being Egypt and the British Royal Navy.